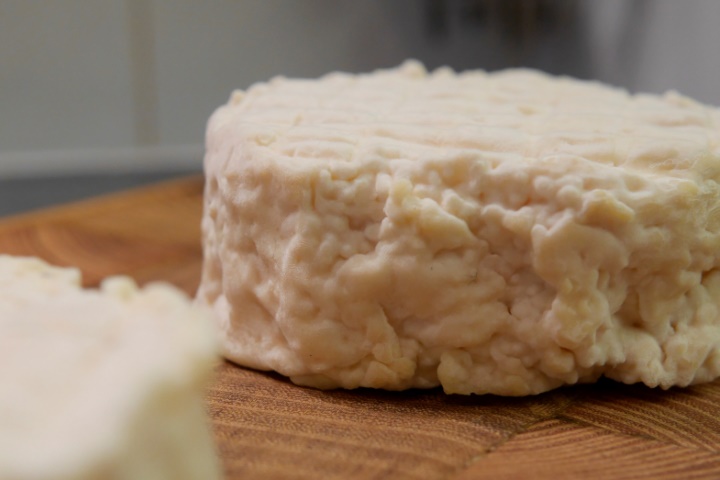 I made my first cheese long time ago, in 2016. At that time I was living in Paris in a small appartment. It was also a time where I was practicing a lot my pastry cooking skills. More generally, I already liked to make things by myself, just for the intellectual excitement of understanding how things work. I was really interested in making cheese but I had a very hard time finding very good online ressources (at least in French, I discovered later a lot of good websites in the anglophone world!).

It has been a long time now and I do not remember the exact details of the process I followed. But here is what I remember. My first try involved:

At that time I had not really understood that raw milk embeds inherently all the good ferments that are necessary to make cheese (see this article). I did not want to buy industrial ferments (it was very expensive!) so I just used a small piece of a goat cheese I had in my fridge. I chose this cheese because of its beautifull wrinkled rind (result of Geotrichum Candidum bacteria as I learned lately). Plus, I found it funny to add a ferment coming from a goat cheese.

I was able to get a nice curd and to mold the curd into disks of about 10cm wide. The most difficult part was then the temperature management. Although it was mid-november, the temperature in the kitchen was around 20°C. I actually used my oven as a mini cheese cellar. Every morning and evening I put ice cubes on the bottom to decrease the average temperature. If I remember I think I could reach 15°C on average. The ripening did not last more thant two or three weeks.

I was really proud of the final result. The rind had a very nice creamy color and beautiful texture. The taste was good but not awesome because the ripening may have last a bit longer.

After that try I did not have the chance to make any new experiments until 2018.